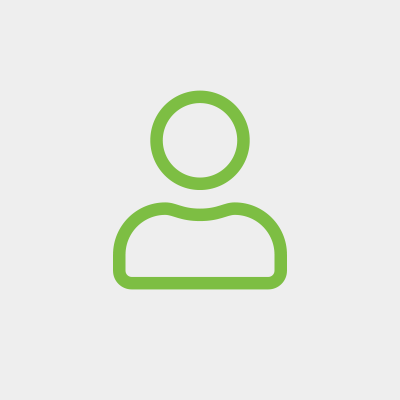 Country House with Pool on Tuscany/Umbria Border near Perugia

Situated on approximately 5 acres overlooking the majestic countryside of Tuscany and Umbria and Lake Trasimeno, Il Giardino is a beautiful 19th Century country house that was restored and renovated from top to bottom by local craftsmen using the highest quality, original materials. The house is positioned on the hillside outside the charming walled town of Paciano, which was named by the Italian government as one of Italy's most beautiful towns. The house and its numerous terraces and patios all have breathtaking views, making this one of the most unique and desirable estates in the Italian countryside. The house's location provides a quiet, private retreat while being centrally located between Florence and Rome on the Tuscany/Umbria border. Perugia, and its famous University for Foreigners, is located just across the lake. A short drive takes you to many other places of interest including Montepulciano, Cortona, Siena, and Assisi. Additionally, the high speed train stops at the local station in Chiusi, allowing arrival in the center of Florence in 1 hour or Rome in 1.5 hours. The original terra cotta floors, oak beamed ceilings and charming period characteristics are combined with all of the desired modern conveniences, including a large contemporary kitchen, satellite television, and an electronic gate. The swimming pool was added in 2008 and is tucked into the hillside below the house, providing privacy and stunning views. A lighted stone pathway leads you to the pool and the beautifully constructed stone hardscape that surrounds it, which includes a soothing fountain and a built-in solar-heated shower. The house has a local caretaker who takes care of the pool, garden, olive trees, and land. General Features: • Central Heating • Electronic gate with intercom system • Satellite Television • Two fireplaces • Large, modern kitchen with marble counters ________________________________________ Grounds: • Approximately 5 acres of land with panoramic views • Full sized swimming pool with large storage room/garage below. • Over 50 olive trees producing approximately 60 litres of oil per year ________________________________________ Bathrooms (4 full): • Master Bathroom (en suite): toilet , shower , jacuzzi bathtub , bidet • Second Upstairs Bathroom (en suite ): toilet , shower • Third Upstairs Bathroom: toilet , shower , bidet • Downstairs Bathroom: toilet , shower , bidet • The recently renovated bathrooms were carefully designed using local stone and beautiful antique tiles and accented by stylish modern hardware, including large rainfall showerheads in all bathrooms. ________________________________________ Bedrooms (4) • Master Bedroom: The large master bedroom has striking views of the countryside and a door from the bedroom leads to an external loggia. The master bedroom also has its own wood burning stove. • Bedroom 2: 2 twin/ single beds • Bedroom 3: 1 queen bed • Bedroom 4 (Den): The fourth bedroom is currently used as a den and includes a sofabed and the house’s second fireplace. A full bathroom adjacent to this room can be made en suite by closing a hallway door.

Comments: I prefer a long term renter but I am flexible so please contact me regarding your specific situation

Nearby Universities
Universities in Rome, Florence, and Siena
Nearby Cities

Utilities are not included

Comments: Caretaker/gardener who takes care of the grounds

Country House with Pool on Tuscany/Umbria Border near Perugia 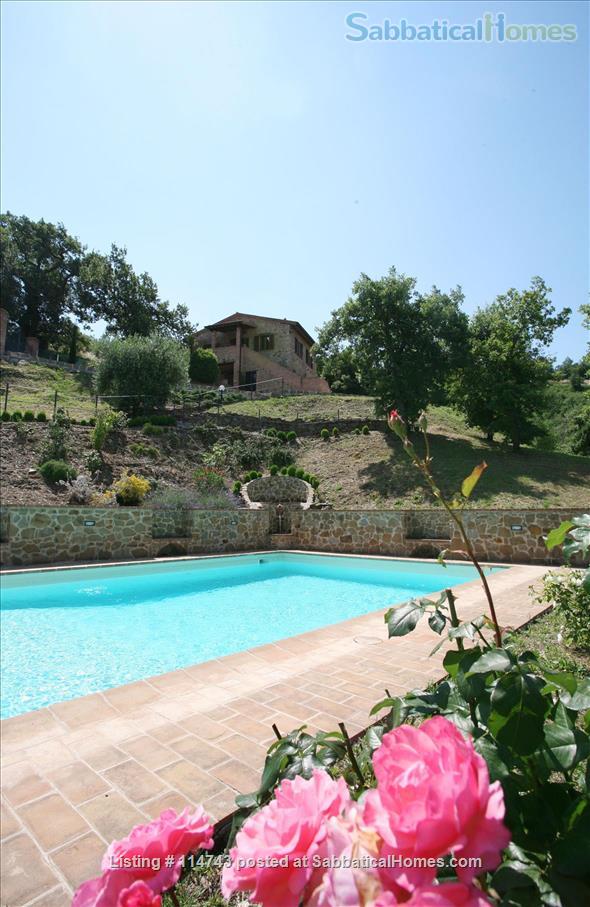 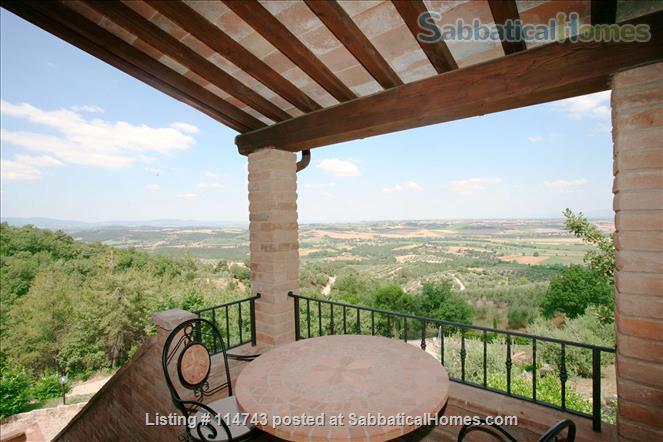 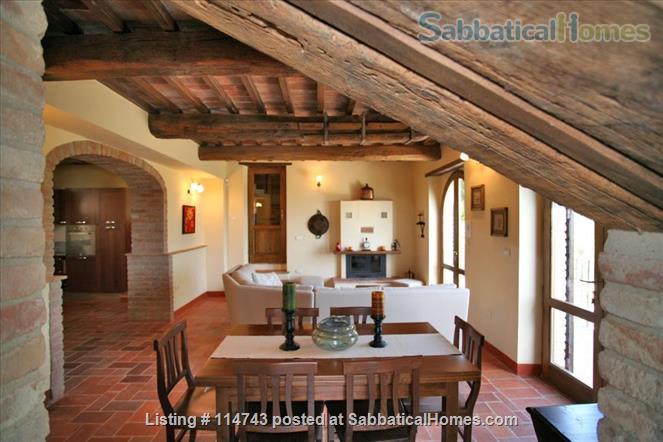 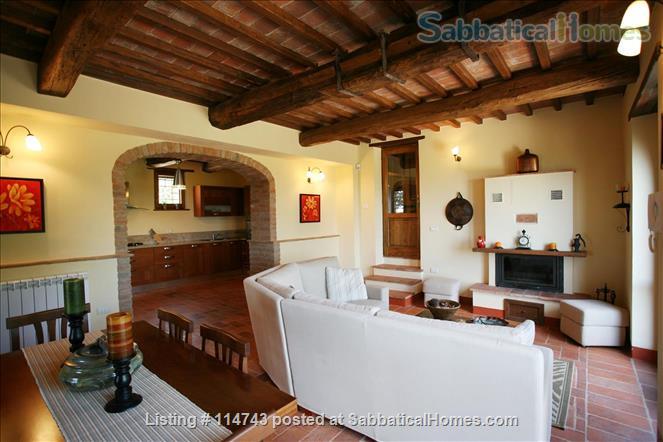 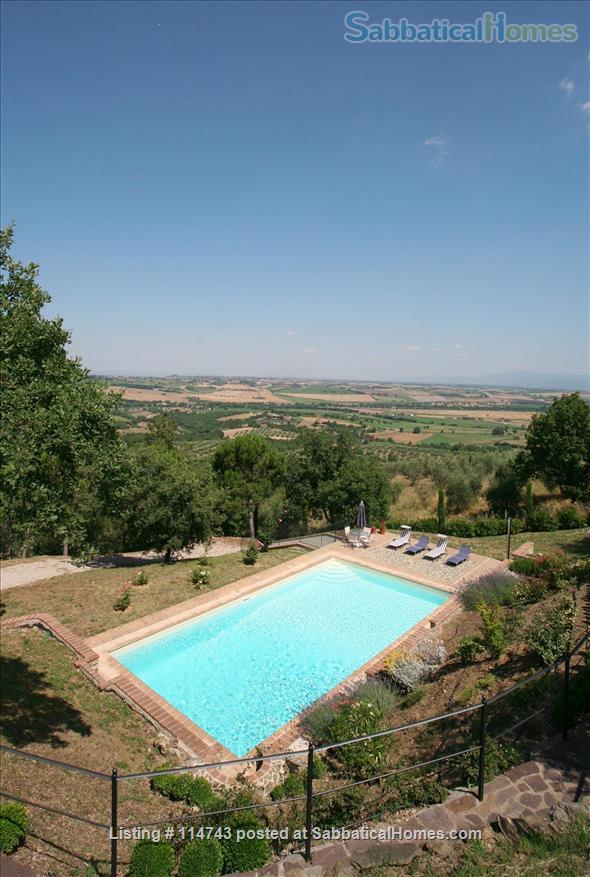 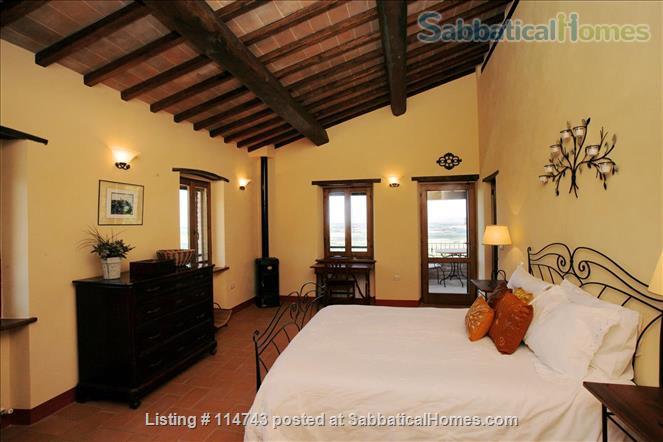 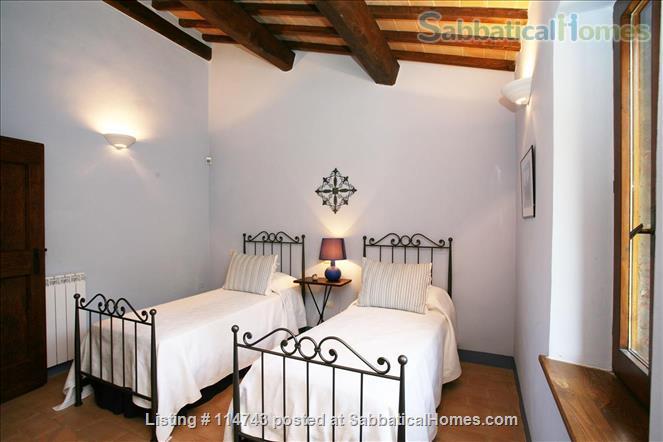 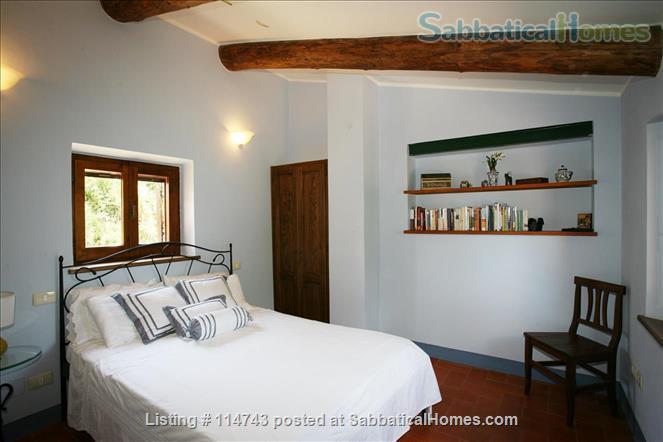 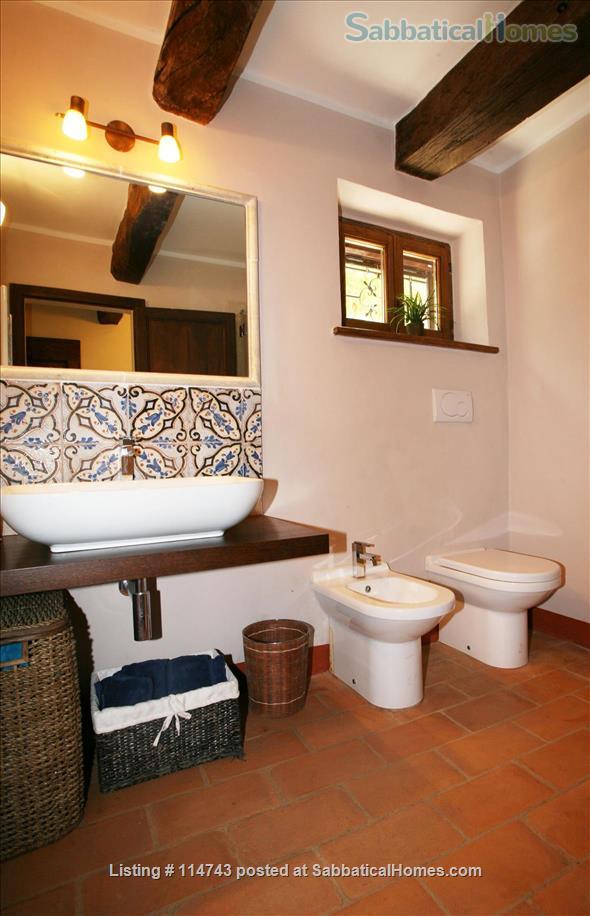