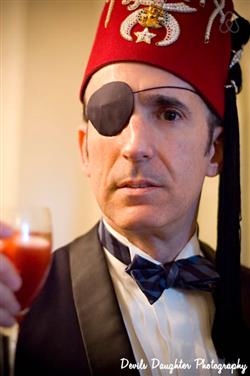 Elegant, romantic, cosmopolitan, large, high-ceiling, sunny, full-floor townhouse apartment with huge private deck; warm and inviting; north-south exposure; perfect downtown location; in most exciting, most centrally-located neighborhood in Manhattan; half block from subway exit; filled with historic charm and great restaurants – from superb Northern Italian cuisine to celebrity-chef hot-spots, all on one tree-lined, set-back sunny block in the Village. Walker’s Paradise according to walkscore.com: 100 out of 100, 100 out of 100 for transit score. Also, with CitiBike.com bike share rental on each end of the block. Short-term *legal* rental of beautiful, *full* parlor floor with walnut-oak flooring, ten-foot Breakfast-at-Tiffany’s mirrors, and black Italian marble hearths, of registered landmark West (Greenwich) Village brownstone townhouse w/ lots of light, 700 sq-ft, well-furnished, elegant, warm & comfortable apt, large b/r w/ queen-sized bed, very small complete kitchen, beautiful bathroom, private 400 sq-foot southern-exposure finished terrace off living room. Rent includes everything -- electricity, gas, Internet (WiFi & Ethernet), all taxes, basic TV (no cable) and basic phone service -- except cleaning. Cleaning of the apartment and its linens, via an outside service whom I've used for years, is required twice a month and costs $99 per cleaning. Situated on a most beautiful, set-back, tree-lined, dynamic, super-safe block in the West or Greenwich Village. Private unlisted phone; a/c front & back; fax; full stereo, HDTV, DVD/Blu-Ray/VCR (no cable), 15" flat-panel Windows 10 PC with WiFi and DSL Internet (3/1 Mbps up/down w/ back-up); nearby laundry and postal/shipping services; excellent access to express/lcl subways (1-2-3-9-F-L-V), PATH trains, and Penn Sta./LIRR/AMTRAK. Unfortunately, we no longer give previews/tours of the apartment. We regret this, but there were far too many no-shows or very late cancellations. You can, however, book longer stays through our agent at CitiHabitats who will provide a tour of the apartment. Lastly, there are scores of external reviews, dozens of pictures, and we can provide past SabbaticalHomes guests whom you may contact. We value and welcome your visit. Guests from all corners of the world have been enjoying the apartment for over 29 years.

Comments: We are advertising for a 30-night minimum. 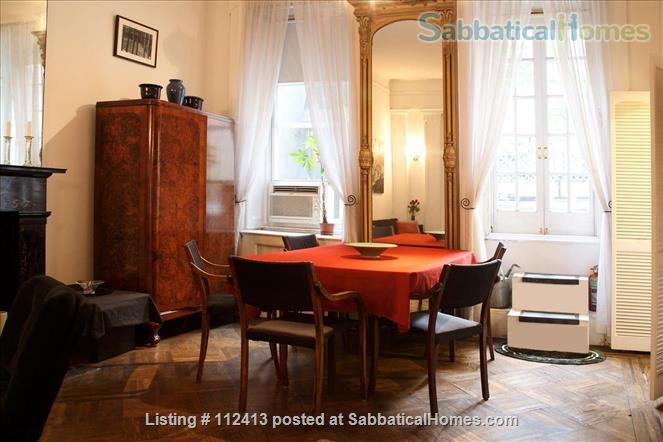 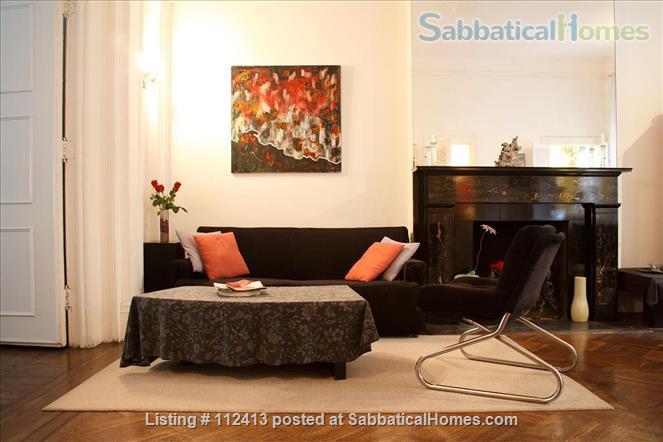 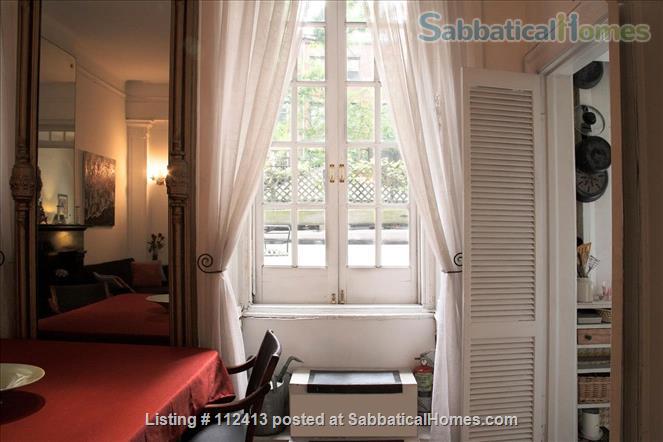 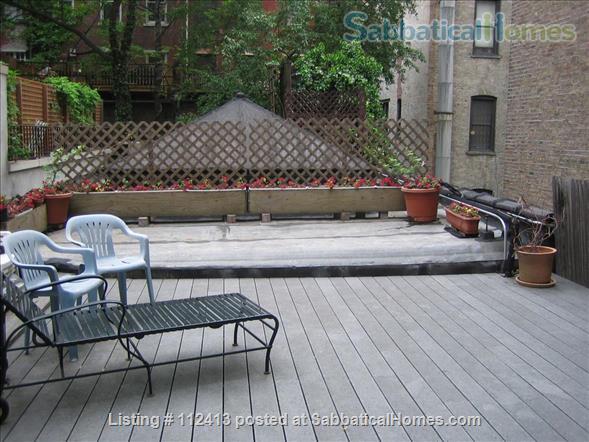 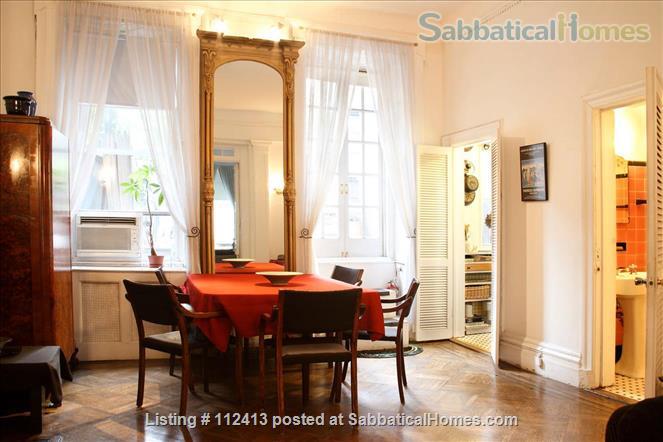 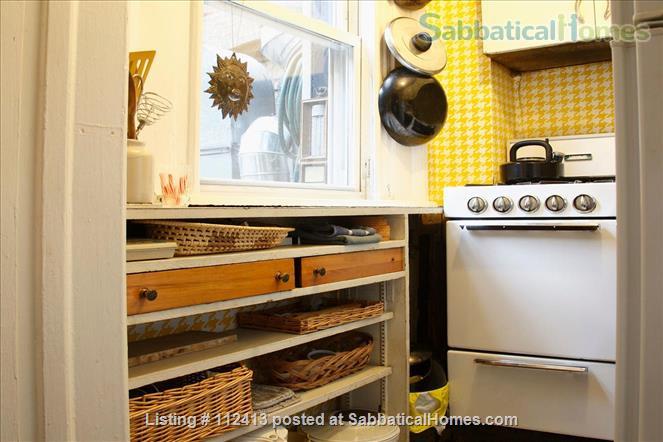 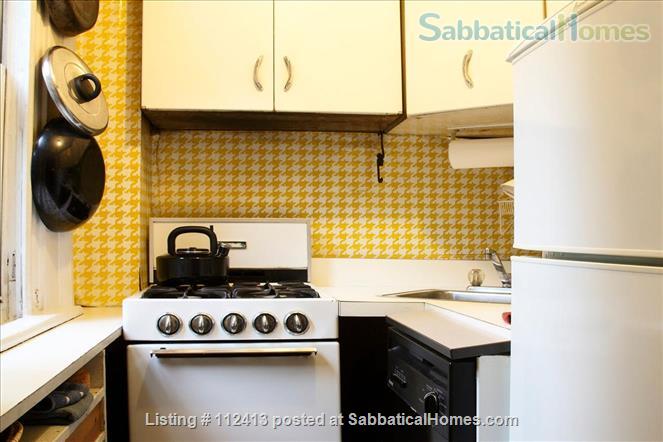 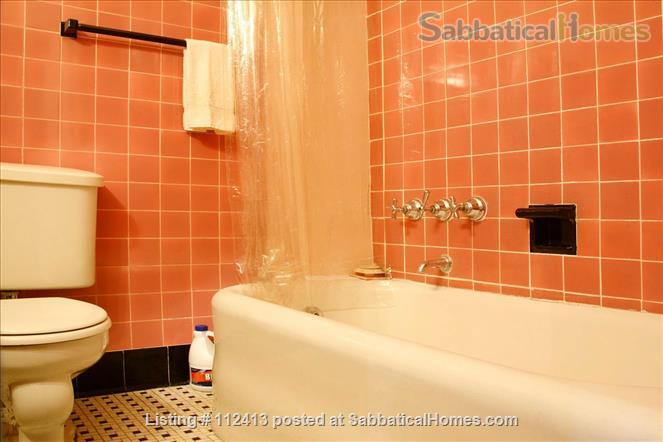 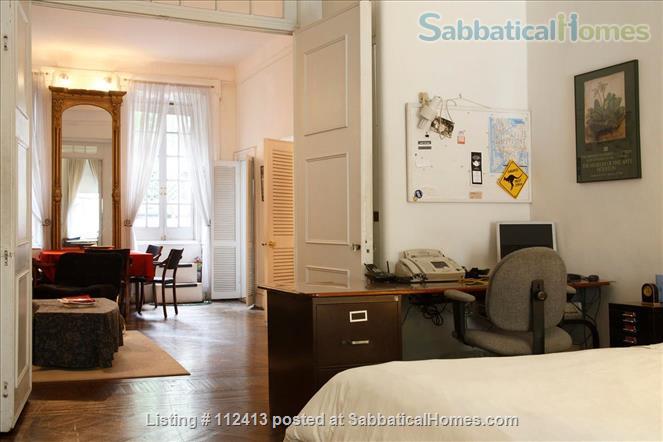 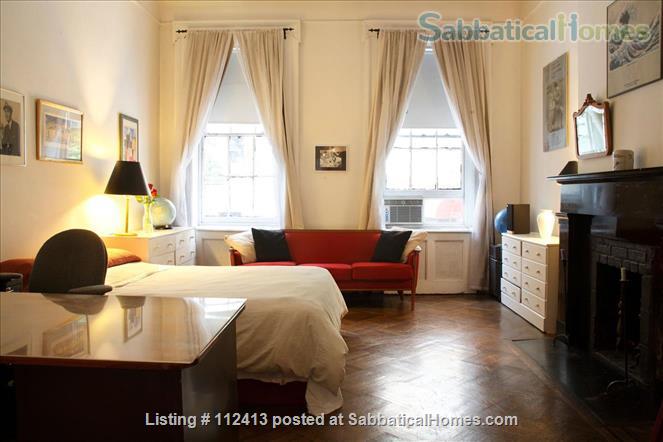