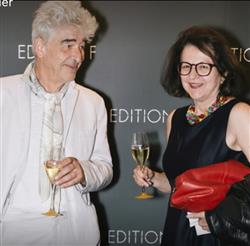 The 1-room-apartment (40 sqm) with balcony (8 sqm) and parking for 1-2 people. The living/sleeping room integrates a bed niche with a double bed (140x200), a 2-seater sofa (Corbusier), an armchair (Bertoia), 3 chairs and an extendable table for 2-4 persons. The kitchen has 2 hobs, microwave with baking function, a dishwasher and a washing machine. Bathroom with WC, bathtub with shower. The studio is located on the 5th floor (with a lift) and has lots of light. To the south and the north, you have wonderful views over the city. The fitted kitchen is very well equipped. The furniture is a mix of design classics and the flair of the modern age. The apartment has TV, radio, internet + WLAN. You have your own lockable parking lot in the inner courtyard. From here you are well by foot, by bike or by bus and subway. No pets allowed. THE NEIGHBORHOOD Architectural contrasts - second-hand shops - markets - historic residential buildings - festivals - parks. The district Berlin-Schöneberg is one of the most colourful in Berlin. It ranges from the semi-detached house next to Steglitz-Zehlendorf to the lively gay-lesbian meeting place at Nollendorfplatz. Between the Winterfeldplatz with the most beautiful weekly market in Berlin and the flea market at John-F.-Kennedy-Platz in front of the Schöneberg town hall, you’ll find a lively multicultural life. Good restaurants and charming little shops especially between Goltzstrasse, Akazienstrasse, Grunewaldstrasse and Martin-Lutherstrasse. Shopping facilities at supermarkets around the corner or diagonally opposite. RECREATION The Heinrich-Lassen-Park with playground and lawn is a green oasis in the city between Belziger-, Dominicus-, Eisenacher- and Hauptstraße named after the architect Heinrich Lassen. WHO LIVES IN SCHÖNEBERG Artists, writers, actors, musicians and politicians lived and still live in Schöneberg. Since the 1920s of the Weimar Republic until today for example: Rosa Luxemburg, Claire Waldoff, Christopher Isherwood, Kurt Tucholsky, Erwin Piscator, Carl Zuckmayer, Billy Wilder, Christopher Sherwoods, Rudolf Steiner, Hildegard Knef, Nelly Sachs, Klaus Kinski, Rio Reiser, David Bowie, Iggy Pop, Helmut Newton, Herta Müller, Kevin Kühnert and many others. JOHN F. KENNEDY at the SCHÖNEBERGER RATHAUS (City Hall) In front of the Schöneberg City Hall - within walking distance - John F. Kennedy encouraged the West Berliners during the Cold War + the Berlin Wall and expressed his solidarity with the enclosed city: "I am a Berliner" (1963). WORTH SEEING One of the most beautiful places in Berlin is the nearby Viktoria-Luise-Platz, a late-baroque garden opened to the public in 1900, listed as a historical monument since its reconstruction in the 1980s. SHOPPING IN WESTBERLIN (Ku'damm, Tauentzien, Budapester Strasse, Wittenbergplatz) Bikini Berlin: Not only the KaDeWe at Wittenbergplatz is a famous paradise for shopping and eating, but especially the Bikini Berlin opposite the Gedächtniskirche at Breitscheidplatz is a colourful world of lively furnishings with shops and restaurants, plants + swings, patterned cushions and a direct view of the zoo from the 18-metre-long panorama window. It not only has one of the city's most beautiful summer balconies, but also panoramic terraces overlooking the zoo and a magnificent view of the city from the roof terrace of the Monkey Bar. Kantini is the multicultural food market in Bikini Berlin. Small restaurants offer delicious specialities from all over the world. Bikini Berlin, Budapest Street 38-50, 10787 Berlin-Charlottenburg PUBLIC TRANSPORT Underground/U-Bahn: Eisenacherstraße, Bayrischer Platz, Bus: M46 to Wittenbergplatz, Tauentzien and Ku'damm - the shopping mile with the famous department store KaDeWe (Kaufhaus des Westens). PRICES Monthly: 1.150 EUR (1), 1.250 (2) + 150 EUR final cleaning. Deposit: 1.150 EUR The apartment is rented during a stay abroad until Dec 2024. 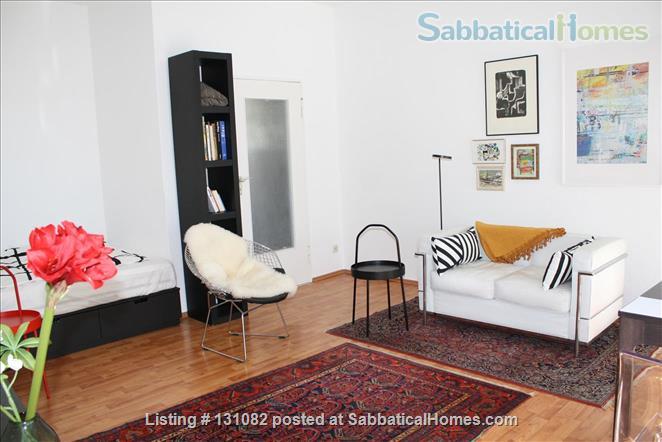 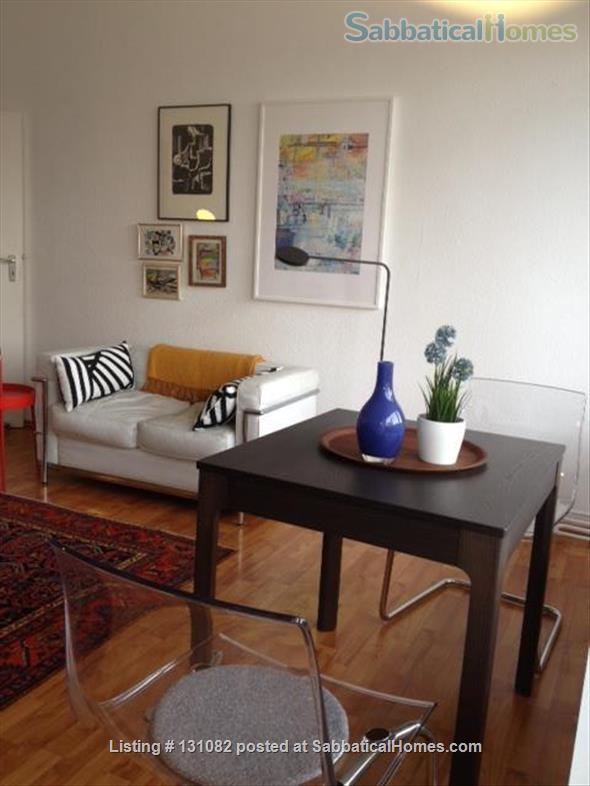 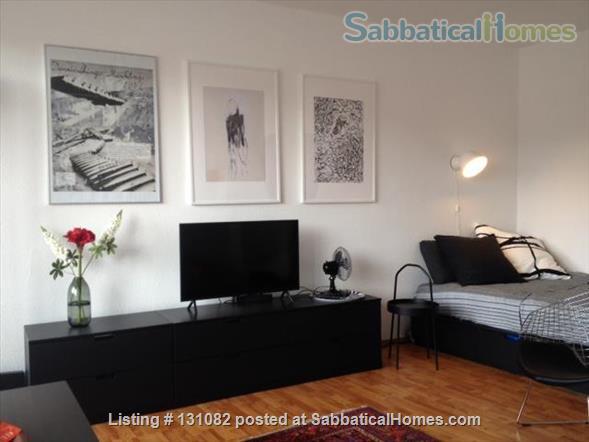 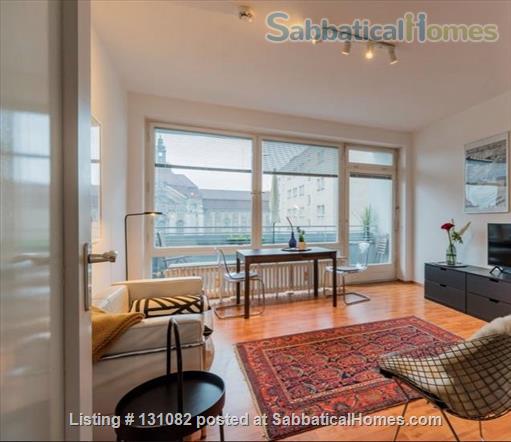 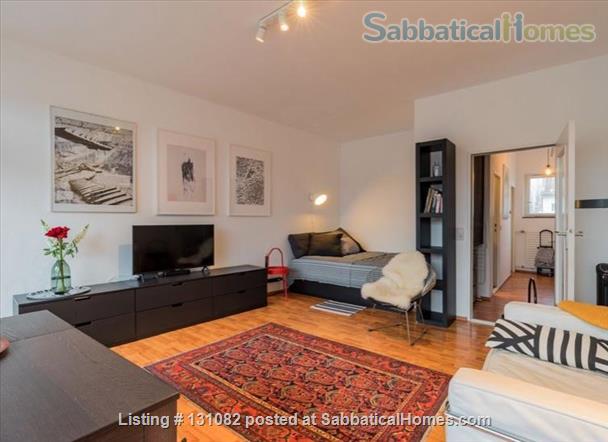 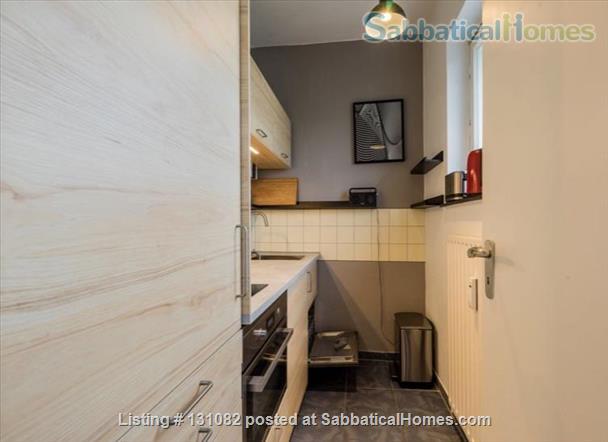 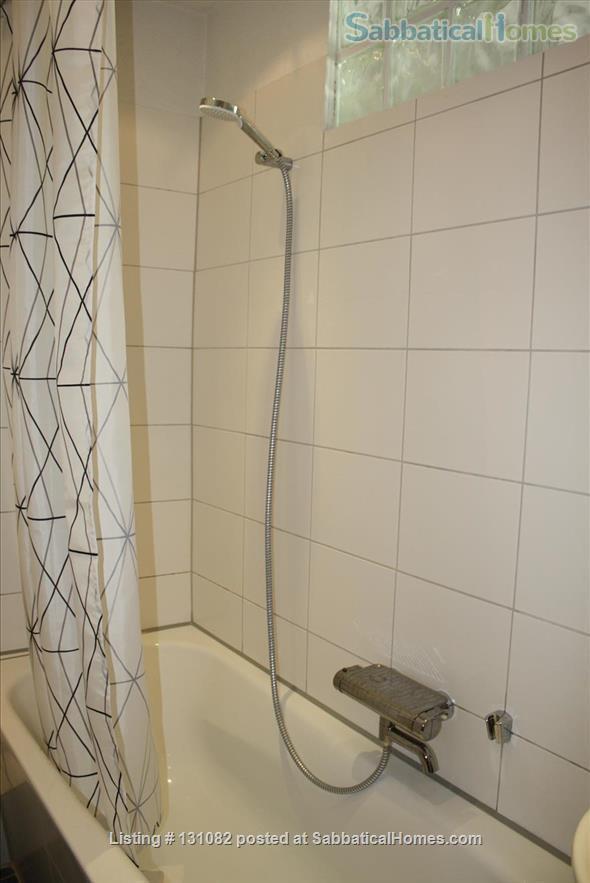 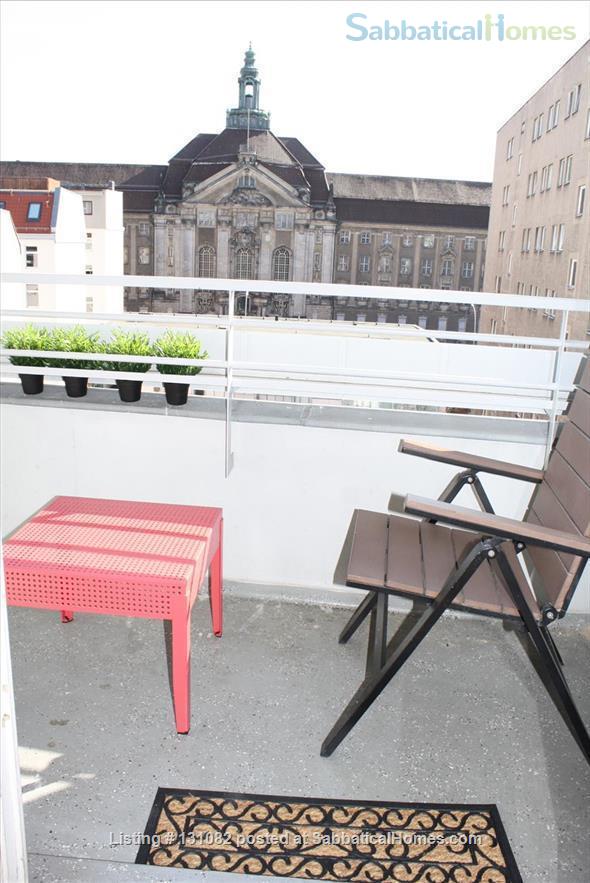 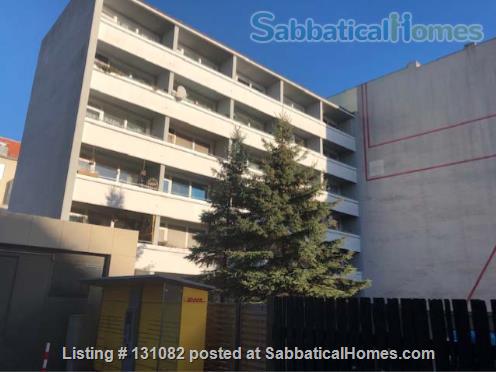